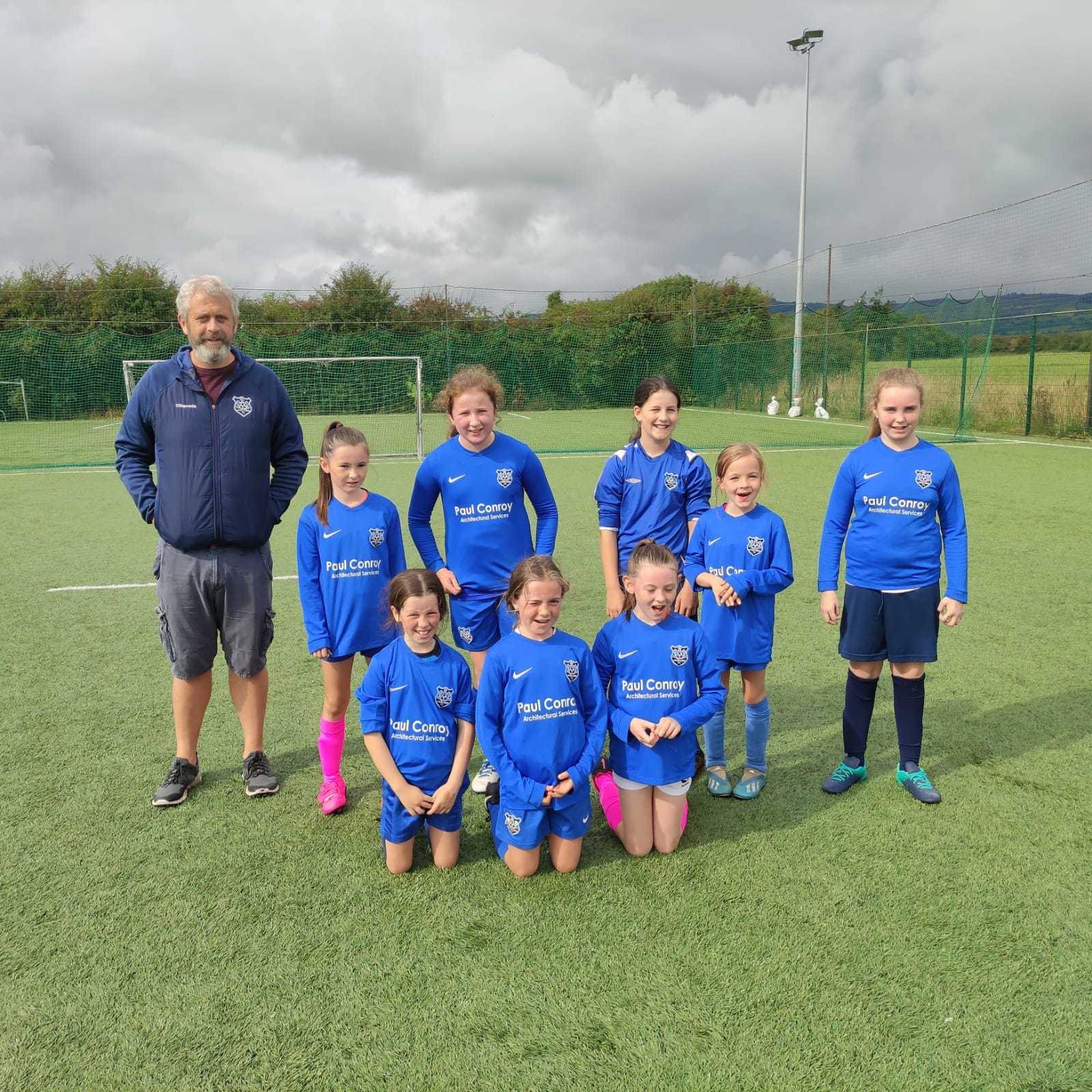 Published: about 1 month ago

Another hectic weekend with schoolboy / girl squads in action up and down the county and some Derg boys flying the club and county flag for North Tipp in the prestigious Kennedy Cup plus the long-awaited return of the Academy in St Annes, where the magic begins.

Friday night football saw u14Bs head over to Portroe to face Arra Rovers in the Major League Home side took the win but the young Derg boys will take plenty of positives.

In an action packed Saturday we had Odd age group boys and girls wearing the Derg Blue and Yellows.

U11 girls made competitive debut up in BT Harps. Harps won it 3-1 but the Derg girls were all smiles. Alisha Ryan hit the net for Derg. U13 girls had a great match and earned a good win against Shinrone Ladies.

13 Boys were in action too. 13Bs played a great game in Clarisford v Nenagh Afc. It was a first competitive game at 11 aside on full pitch. Derg won it 5-1 with loads of skills on display.

13Cs too made a competitive debut away to Arra Rovers. Match report below:

U13c had their first ever 11v11 and it was a tough game, lots of sweaty heads and smiling faces at the end, with Luc Reynolds smashing one in, and Hugh Jones hitting the wood work from the penalty spot. Fantastic shift in goals by James Graham. Looking forward the next game.

Two u11 boys sides in action. On 3G the Lough Derg United boys finished 3-3 v Ballymackey. Down in Holycross the Vikings lost out 6-1.

Two Youth u18 boys sides in action today. The A team recorded an excellent 5-2 win v Silvermines A. Silvermines took a lead before James Frahill equalised in first half. A brilliant set up by Daniel Fogarty put Frahill through for a 2nd before Silvermines squared it on 60. Frahill completed a hat-trick on 65 mins and Fogarty and Briain Cleary wrapped it up with late goals.

U18Bs were away in Knigh Utd and came from behind to draw away to Knigh Utd. A Jack Meagher penalty equalised in the first half before Knigh forged a 3-1 lead. However, showing great resilience and squad depth Derg dug deep and two late goals from Max Ryan earned Derg a share of the spoils in a cracking game.

Sunday was the return of the Kennedy Cup. Covid disruption caused a lot of difficulty for this squad and on the day they were well beaten by a fine Limerick District side. Despite the result 7 Derg boys are proud to represent their club and league in this prestigious competition and will take the learnings for the loss an improve.

And on Monday night it was the turn of the u17 girls to take on Ballymackey in the league. In a brilliant match the final result finished 3-3 with Derg goals coming from Ellen O’Donnell, Tara Lowth and a screamer from young gun Ruthie Hickey. Unfortunately the game was blown up early due to a nasty leg injury to Dergs Poppy McNamara. All at Lough Derg and Ballymackey wish Poppy a speedy return to fitness.

That’s a wrap for another weekend. Thanks to all who make the magic happen. Same again next week!

Membership can be bought or renewed on the website www.loughdergfc.com

With the new season in full swing don't forget to renew o...

Mid week training is back for most squads as of today. (6...

Academy is back this Saturday in St Annes! This is were...

Weekend Roundup – 5th SeptemberAnd we are back – with a...

FAI Club Mark One Star - Join us this Friday afternoon to...

FAI Club Mark One StarMark the Date to Celebrate – Frida...

YOUR CLUB NEEDS YOU!

The Lough Derg FC AGM is on this Thursday evening at 8pm ...

Get live information for Club on the ClubZap App