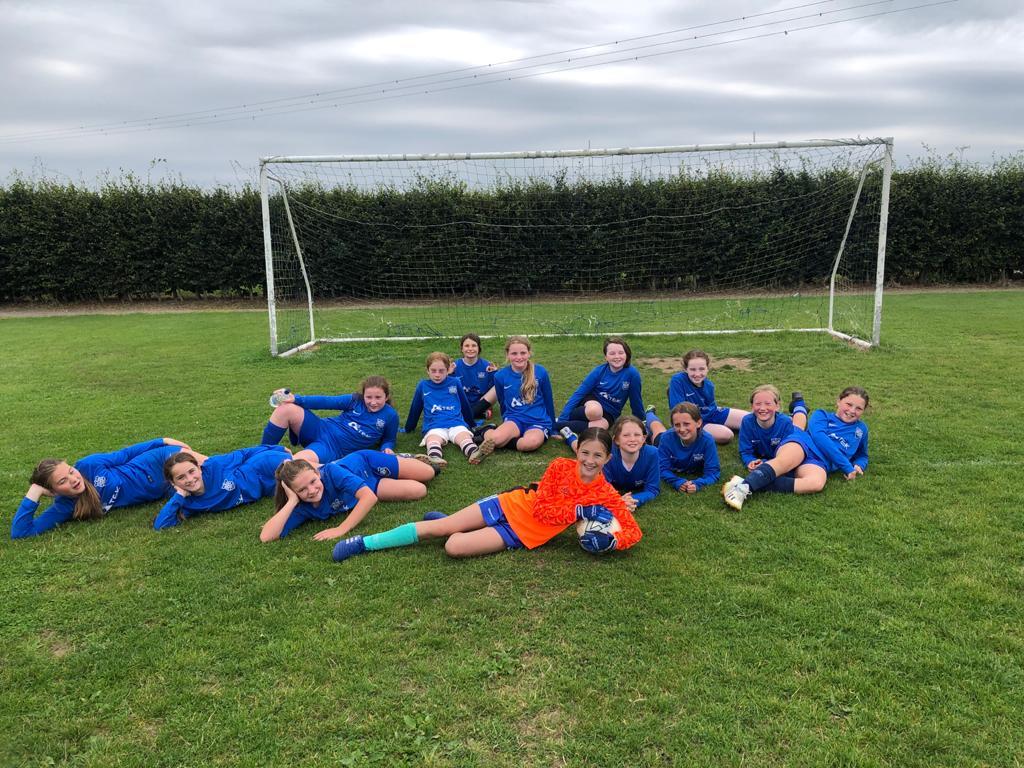 Published: about 1 month ago

And we are back – with a bang! Boots being stuffed with balls, jerseys dug out and dusted down, shinpads being looked for and all the magic and mayhem that goes with first day of a new season of bringing grassroots magic.

And off we set, up and down the county to renew our battles and friendships with our football family in Ballymackey, Moneygall, Holycross, Killavilla, Silvermines and beyond.

And as Saturday unfolded the results trickled in. Stories of great matches, amazing goals, saves, shots, near misses, games won, lessons learned, points dropped and points saved. Of fun had and memories made.

U12 Girls had a great win over in Ballymackey in first competitive game. U16 girls came up against an excellent Killavilla side in Villa Park and will take lessons from the game to build for the future.

U16 boys were well on top in their opening league game against Ballymackey with Julian Heaney, Tom Wood, Darragh Ryan, Adam Nolan and Justin Brosnan all on the scoresheet. 12A boys shared the spoils in Moneygall finishing 1-1. Ollie Shanahan hitting a peach for Derg. 12Bs enjoyed their first competitive outing, losing out away to Holycross, playing good football.

Two Youth u18 sides in action. Youth Bs lost out 2-3 at home to Silvermines. Jack Meagher and Sean Tormey putting Derg 2-0 up but Silvermines won it in the 2nd half.

Youths A team shared the spoils 4-4 in a rollercoaster game in Moneygall. Jakub Slaga equalised at 1-1 before Moneygall raced into a 3-1 lead. Derg kicked on in the 2nd half. A Daniel Fogarty hat-trick put them 3-4 up before Moneygall mustered an equaliser late on in a very entertaining game of football.

And then came Super Sunday. The big boys on the junior side were in action in Clarisford. Killavilla in town, a recipe for goals and maybe fireworks. Killavilla drew first blood before Derg lads raised their game in the 2nd half and goals from James Hanly and a screamer from Jack Lynch gave Derg a valuable three points.

As well as all the action off the pitch we learned that seven Derg boys have been selected to represent NTSFL in the prestigious Kennedy Cup. Its great that this grand old cup has overcome covid and it’s a great honour for Derg boys Shane Conroy, Liam Eldridge, Alex Lamont, Liam O’Shaughnessy, Alex Quinn, Oisin Rowan and Enda Tormey to represent club and county.

And on Sunday we had Derg girls on NTSFL duty, playing super soccer in Killavilla. Ava Neary and Molly Hammond were the Derg girls flying the flag.

Not bad for an opening weekend. Next week it’s the Odd age groups plus full blown mayhem as the Academy returns!

With the new season in full swing don't forget to renew o...

Mid week training is back for most squads as of today. (6...

Another hectic weekend with schoolboy / girl squads in ac...

Academy is back this Saturday in St Annes! This is were...

FAI Club Mark One Star - Join us this Friday afternoon to...

FAI Club Mark One StarMark the Date to Celebrate – Frida...

YOUR CLUB NEEDS YOU!

The Lough Derg FC AGM is on this Thursday evening at 8pm ...

Get live information for Club on the ClubZap App